When researching information on commercial or domestic wall soundproofing, can be a little daunting. With the huge options of sound panels for walls that have vastly different performance statistics, it can be confusing. Below we try to outline some of the best solutions you can consider especially when soundproofing brick and stone party walls but remember you can always give us a call, or send an email and we’ll be happy to advise.

We recommend a good, better, best and space saver solution for sound panels for walls – detailed below.

With Bristol Sound Proofing providing the best soundproofing for walls, please contact our team today to discuss 📞 0117 462 4444 or email: Sales@BristolSoundProofing.com for more information. Covering domestic, commercial, industrial or school clients, whether you’re looking to soundproof party, stud, office walls or installing echo panels to reduce reverberation, we have a solution that will give you exactly what you want. 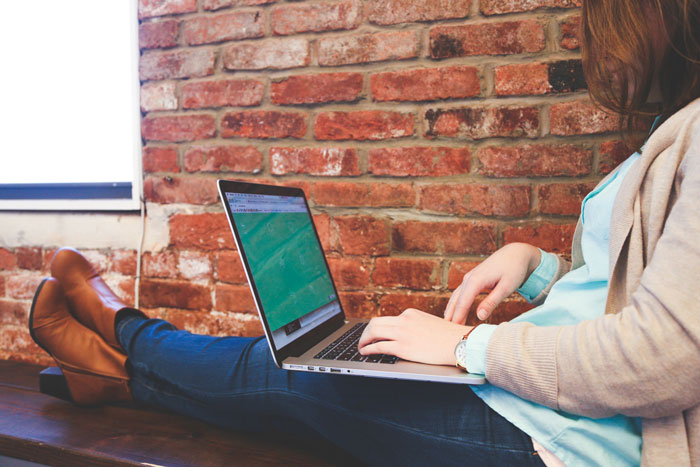 Solve your acoustic problems today and get a free no-obligation quote.
Get a Quote 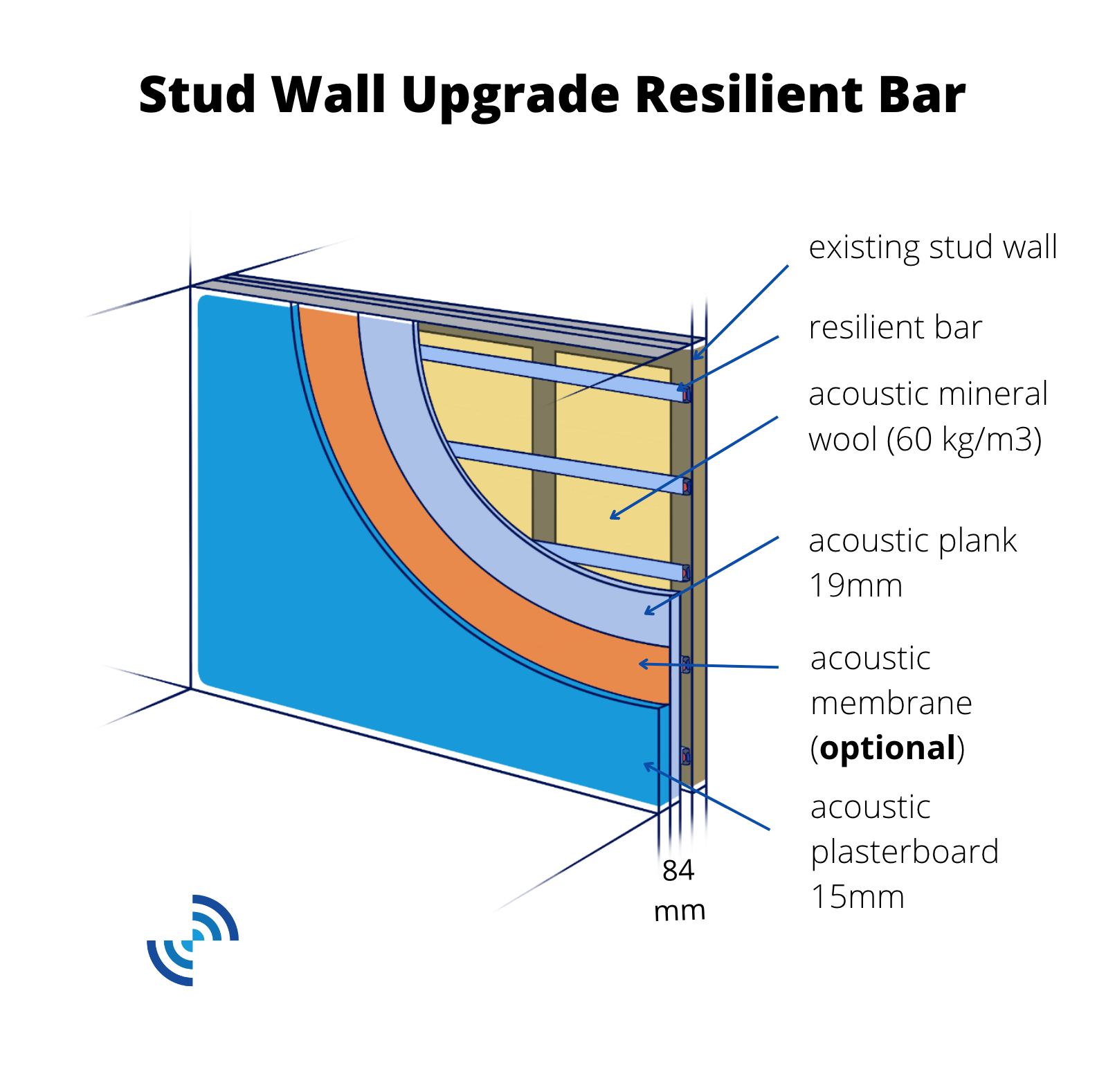 If you’re looking at soundproofing existing stud walls, this solution involves removing one face of a stud wall and applying the soundproofing system as shown in the diagram.

Typically stud walls are built with the physical separation of a room in mind. There is little consideration given to the acoustic performance of that wall. In many cases, the wall will simply be constructed of a 12.5mm plasterboard on either side of a 50mm wood or metal stud frame. To upgrade and soundproof the existing walls, you will need to remove the original plasterboard from one of the faces of the stud wall insulate and install a resilient system (resilient clip or bar systems are available). 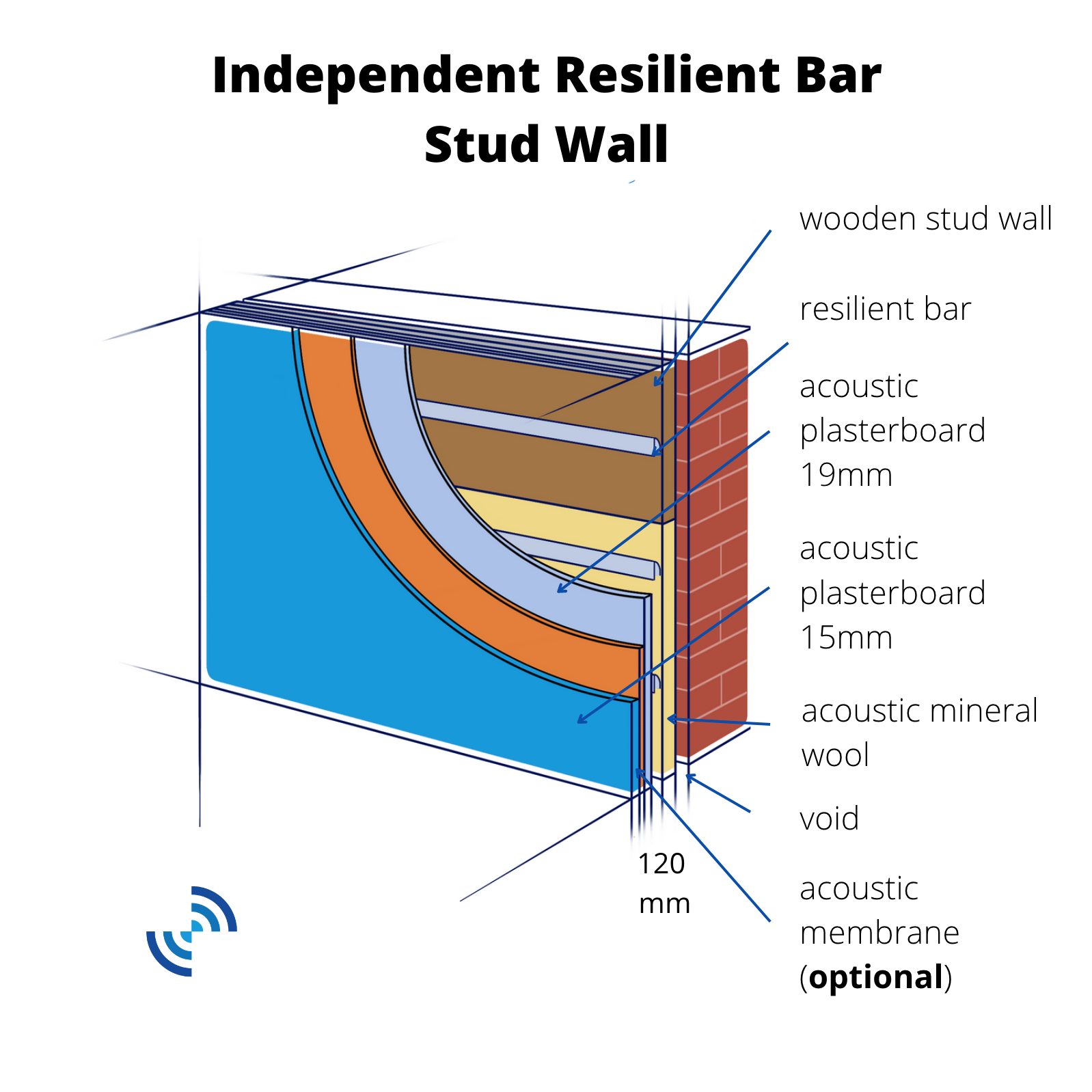 For those looking at soundproofing Single Skin Party walls to reduce sound transfer from neighbours to the maximum, an independent resilient bar stud wall is a great choice.

The Independent Resilient Bar Stud Wall will achieve great performance across the whole range of frequencies as it will cope with airborne noise transfer very well. The wall must be independent/ decoupled from the existing wall such that there is a physical air gap. It is the thickness of the solution which is integral to the performance of the solution and the wider the gap from the existing wall the better performance will be achieved (this is not possible at times as the space is sometimes not available, but any gap from 10mm will create a separation that is needed).

The space that is taken up is normally 120mm or 12cm, dependent on the acoustic insulation needed. This can also vary as the walls we work on are not normally straight.

We will dampen the noise transfer from the moment we start to create the stud wall by creating acoustic studs that do not physically touch the area that is fixed to.

An optional upgrade can be applied to both stud & Independent stud walls which increases the performance of up to 8db. 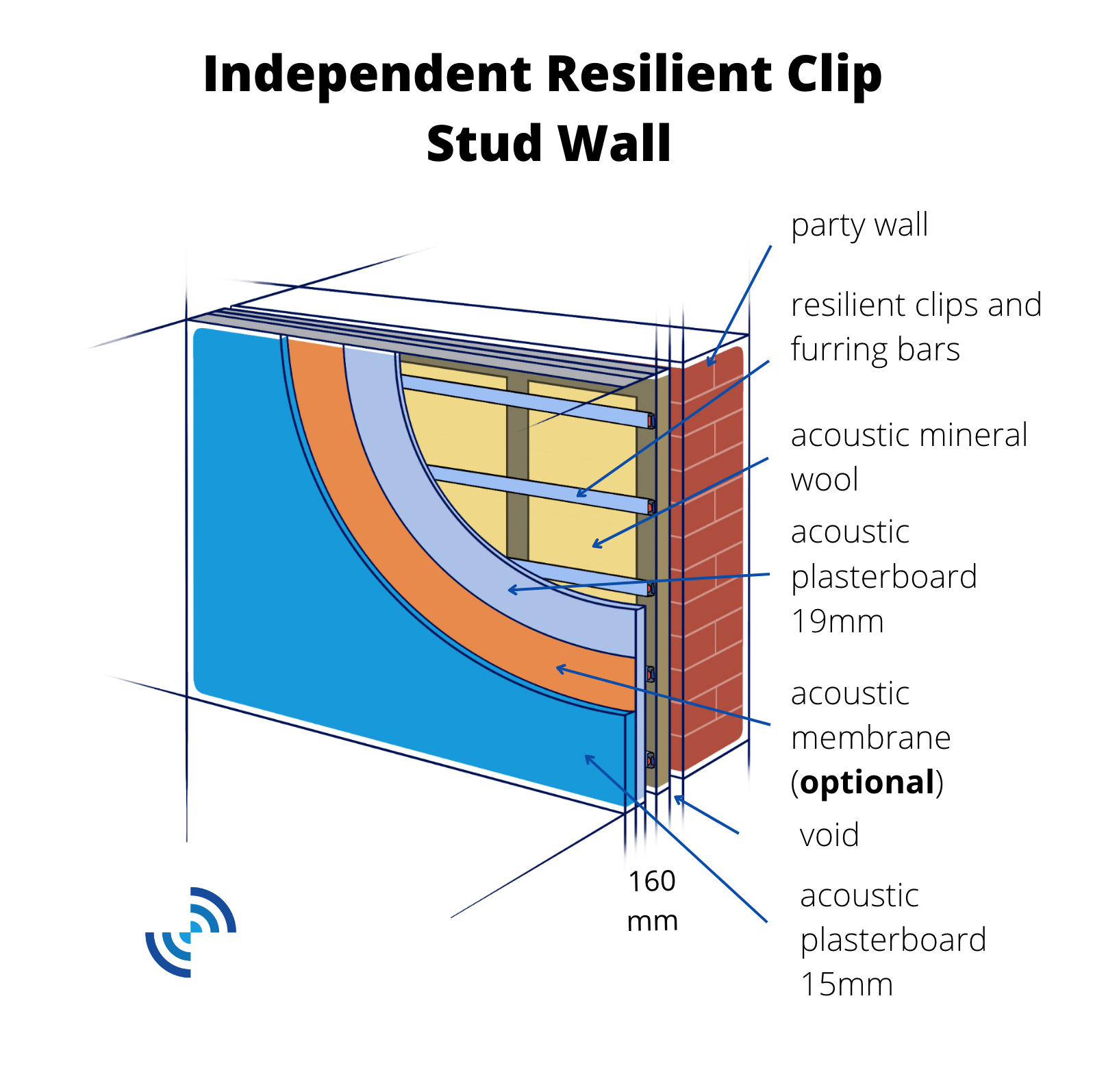 To gain maximum performance when soundproofing Part Walls and Interior Walls you should attempt to create an independent wall structure that sits in front of the wall you are attempting to soundproof, like a neighbour’s party wall; Lining this wall with Resilient Clips as your resilient layer will afford the best soundproofing for wall performance that we know of. It is like installing small “Shock Absorbers” over your wall.

The key to their superior performance of Clips is the high-quality silicone/rubber mounting that is integral to the Resilient clip. Creating this independence, even if it is just a few millimetres can make a significant difference to the end result.

If however, you are unable to make the wall independent you can screw direct or on buttons to the wall and then add the resilient system direct to this. The end result while not be quite as good as an independent wall, however by creating resilience in the system you are giving yourself the best chance of gaining a significant increase in performance uplift.

An optional upgrade can be applied to the Independent stud resilient clip wall which increases the performance of up to 8db. 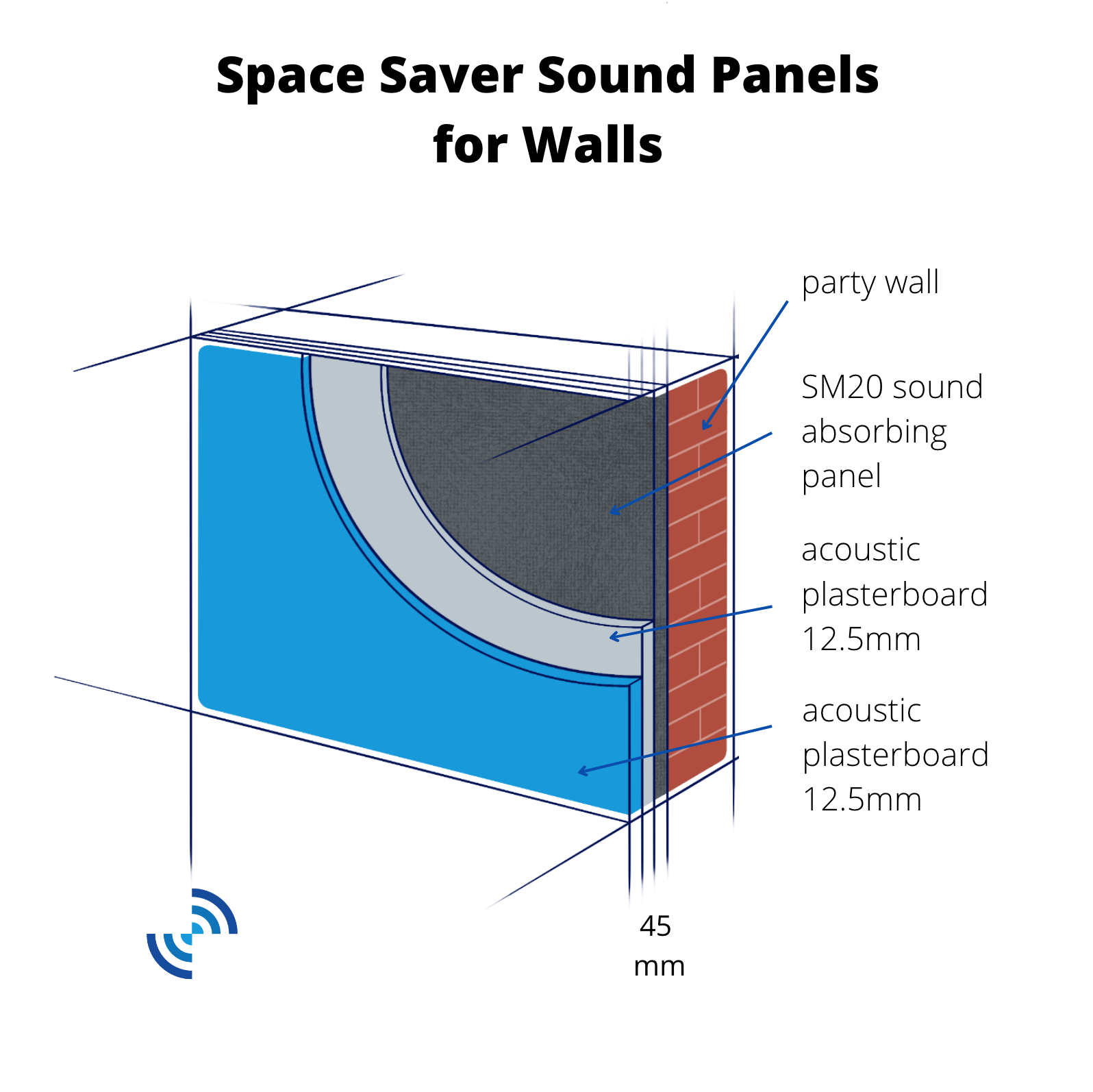 The SM20 sound absorbing panel system for walls is a great Resilient System that can be used on areas where space is an issue, this dense recycled rubber will provide a reliable soundproofing barrier. The high-density recycled rubber panels are cut to size and stuck to the party wall, covering the whole offending surface which works perfectly in soundproofing interior walls. All imperfections (uneven walls) are filled with Acoustic mastic ready for the first layer of acoustic plasterboard, the layers of acoustic plasterboard are stuck together using a high-performance contact adhesive and the final finish will be either a Tape & joint system or a plastered surface ready for painting.

Our Projects and Customer Feedback

We are proud of the work we produce for our clients throughout the South West and want you to be proud of it too. Using some of the most modern sound proofing products and ensuring a high level of finish on every job, watch our latest customer testimonials to see why you should choose Bristol Sound Proofing for a noise nuisance you have.

Solve your acoustic problems today and get a free no-obligation quote.
Get a Quote 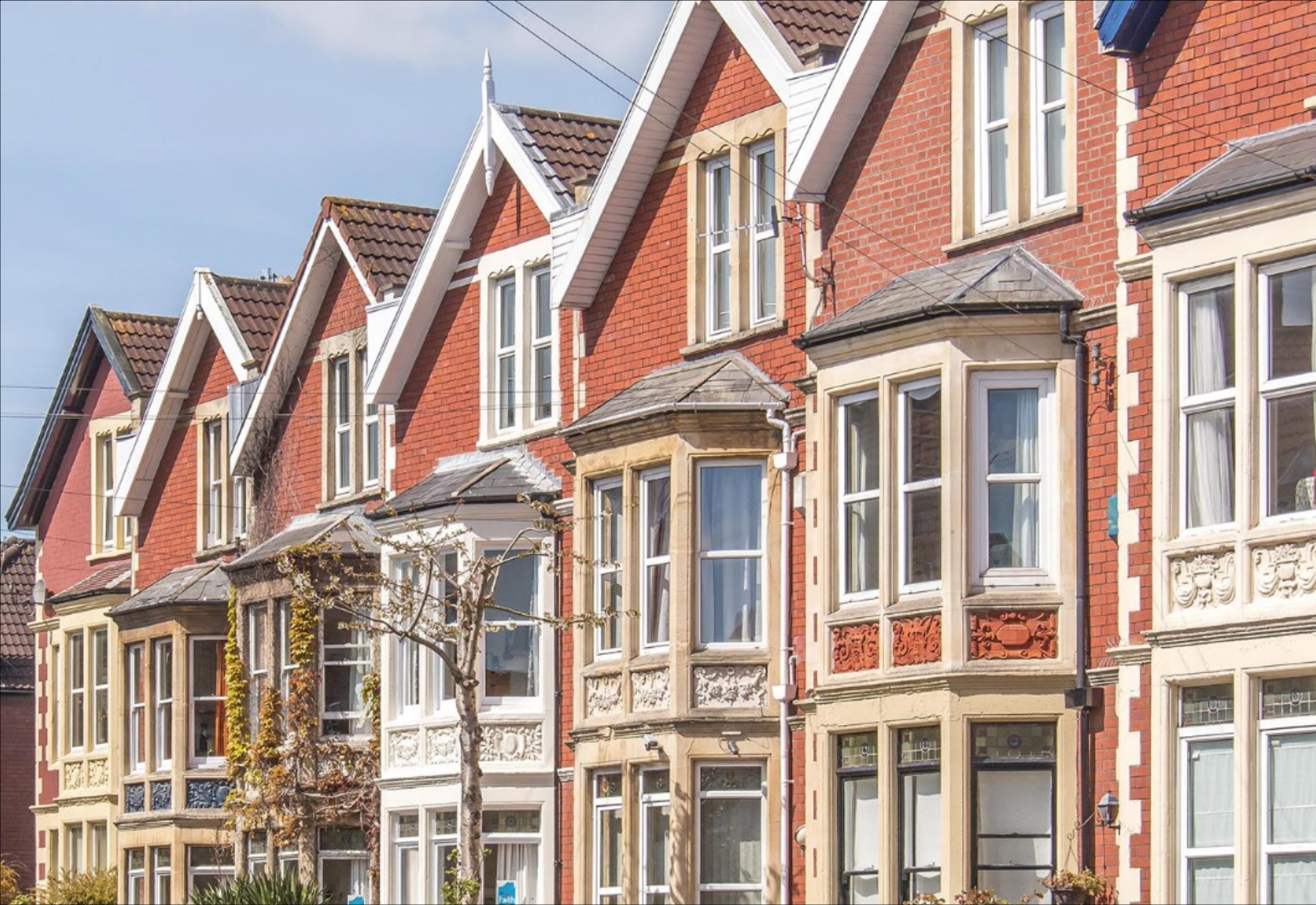 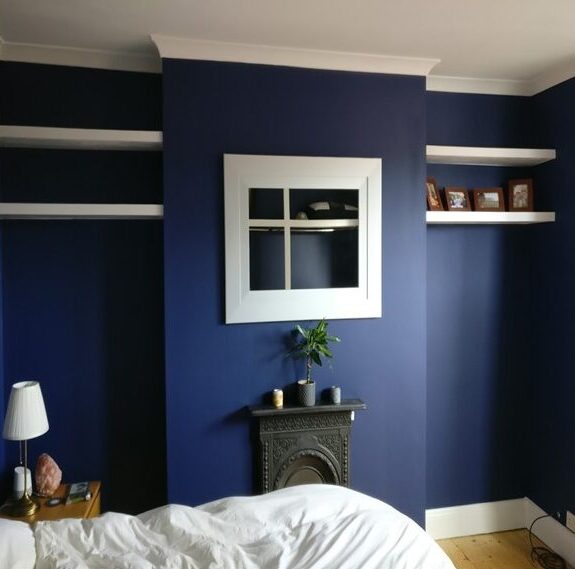 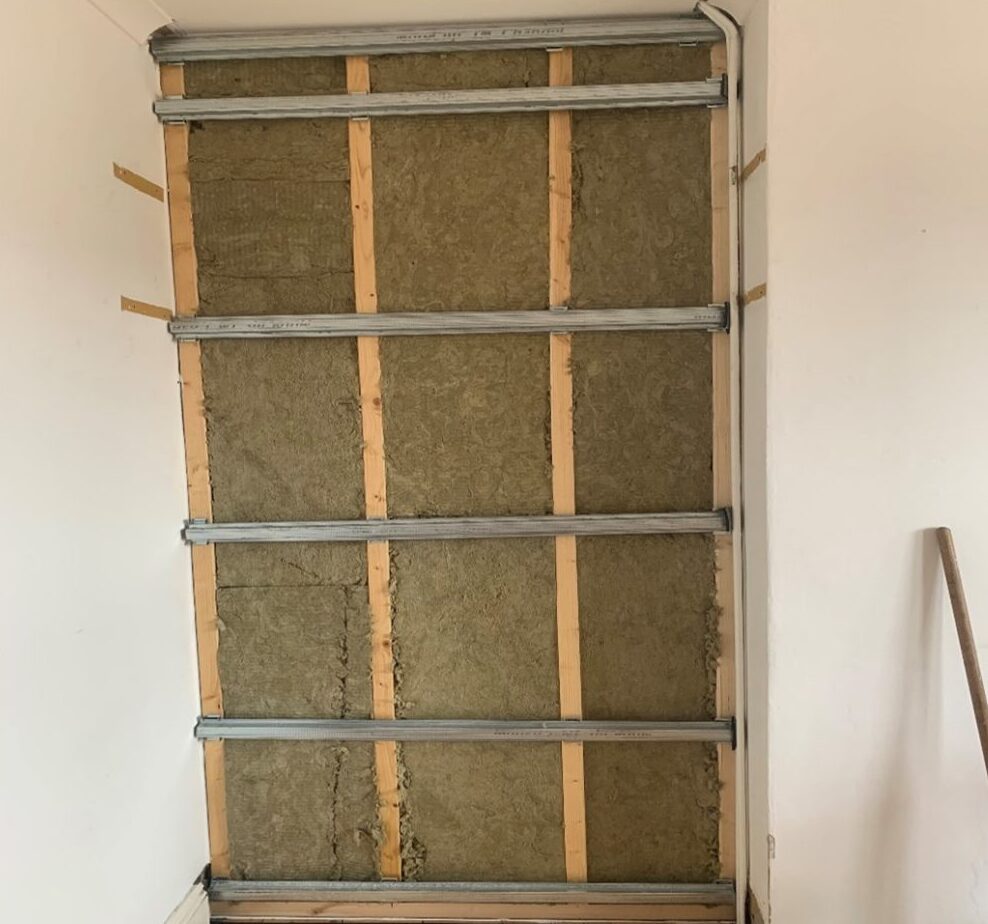 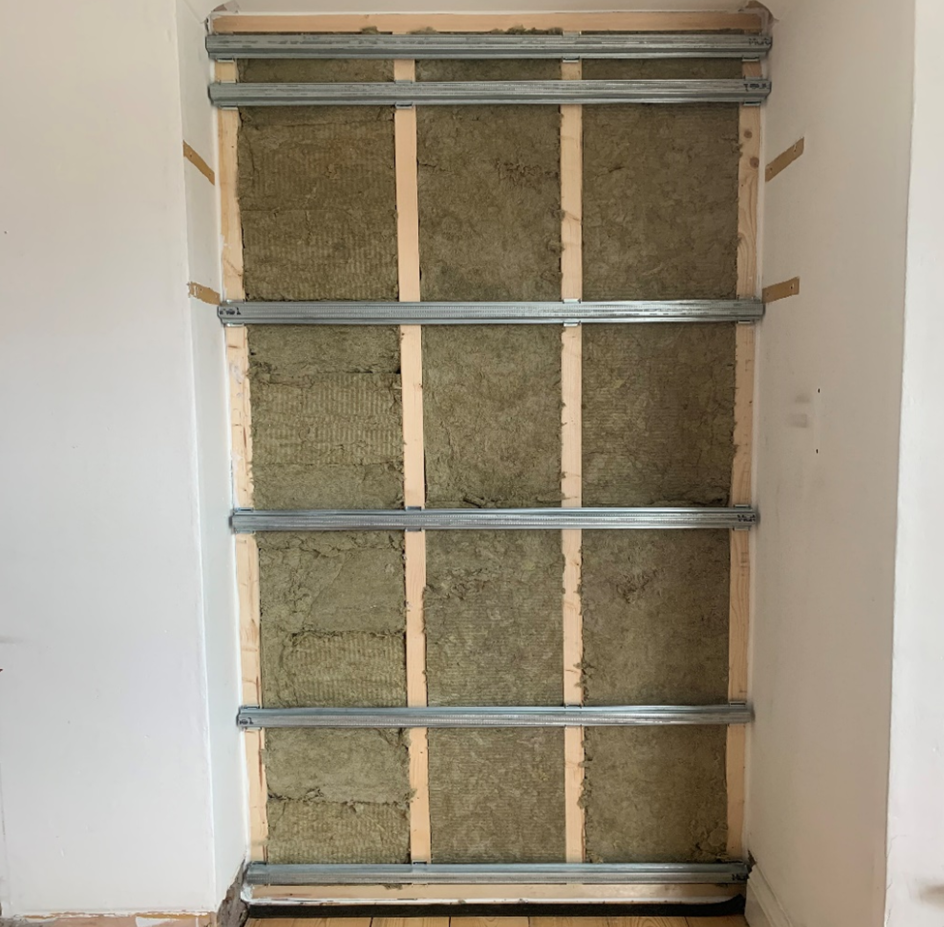 Here is a latest project completed in Southville, Bristol.

The pictures show the final outcome and during the process of installing soundproofing for our customer. Soundproofing isn’t ugly.  Our customers not only enjoy the great benefits that soundproofing produces, but also how aesthetically unaffected their home or commercial premises are once soundproofing has been completed – you really wouldn’t notice!

Another happy customer has finally found a solution to noise intrusion in their old home.

We used an Independent Stud Resilient Bar System and Acoustic Membrane Upgrade to cancel out noise from the adjoining property and allow this customer some well-deserved peace and quiet.

Reach out to us for a quick quote on a similar project for your home. 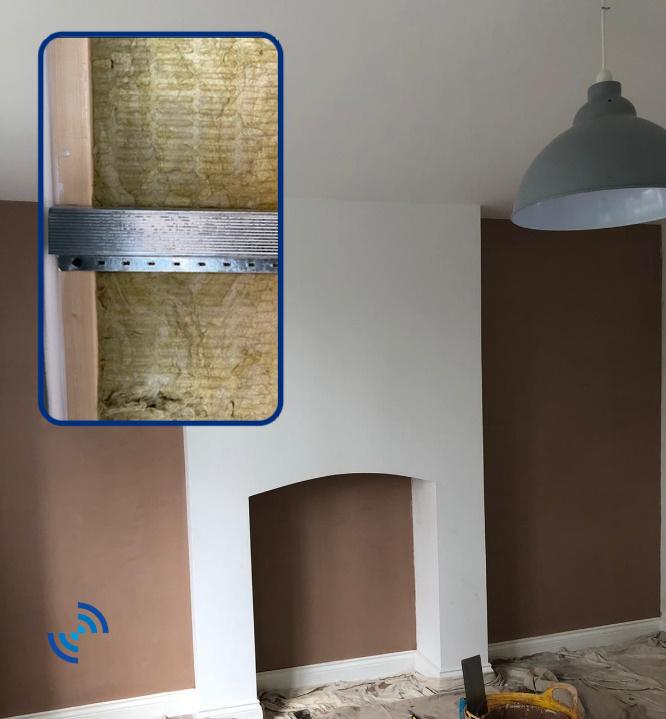 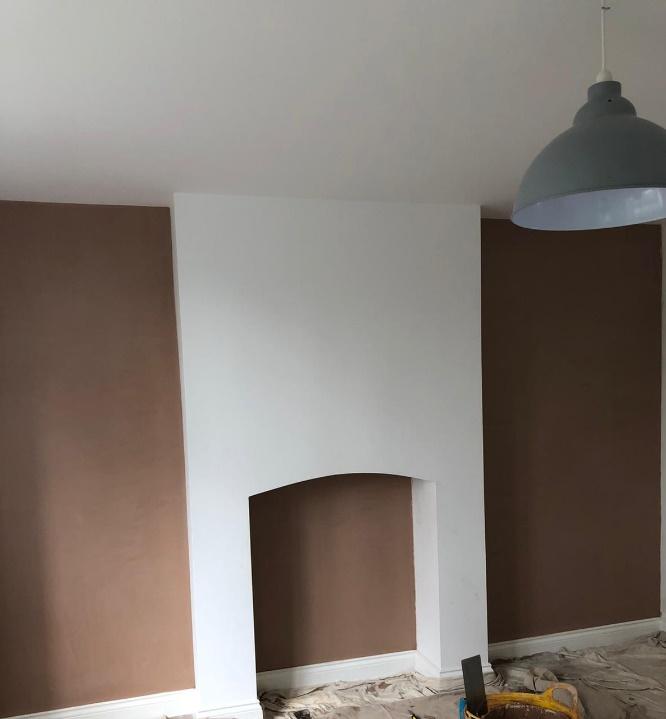 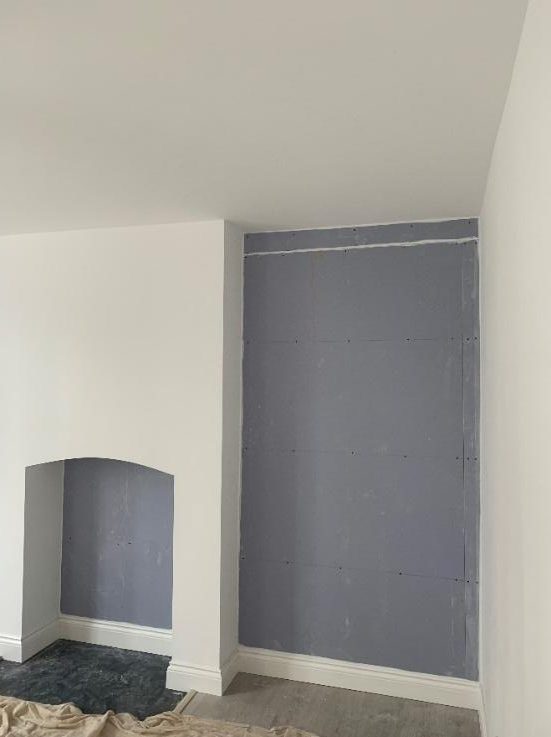 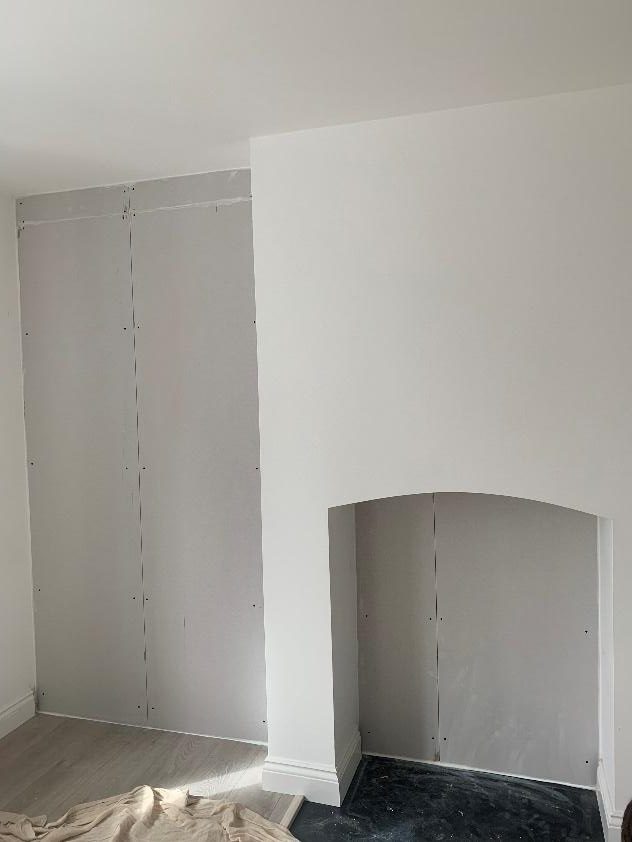 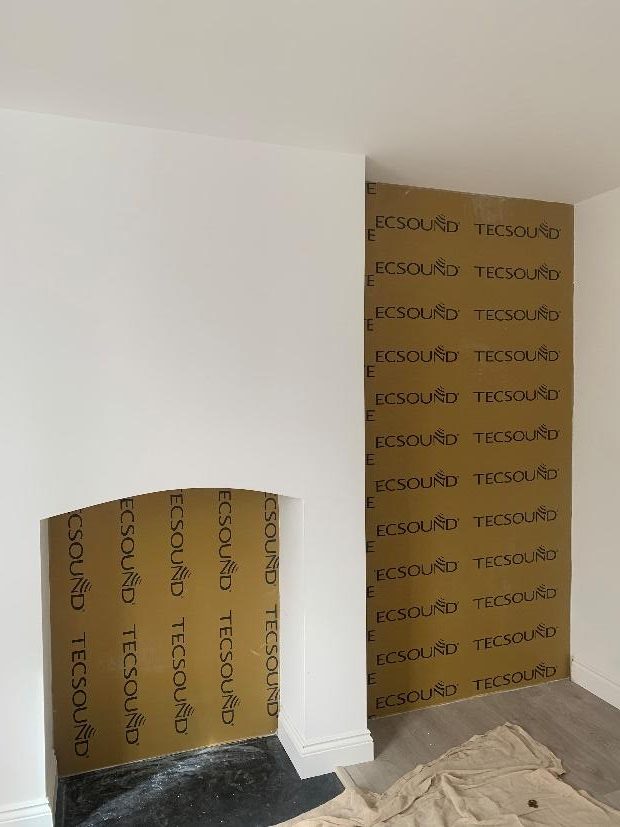 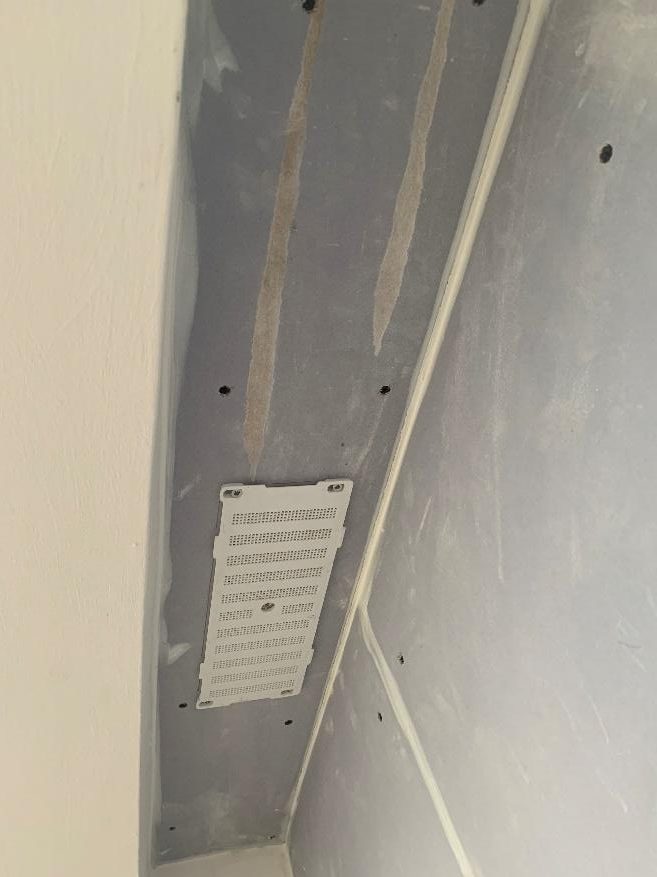 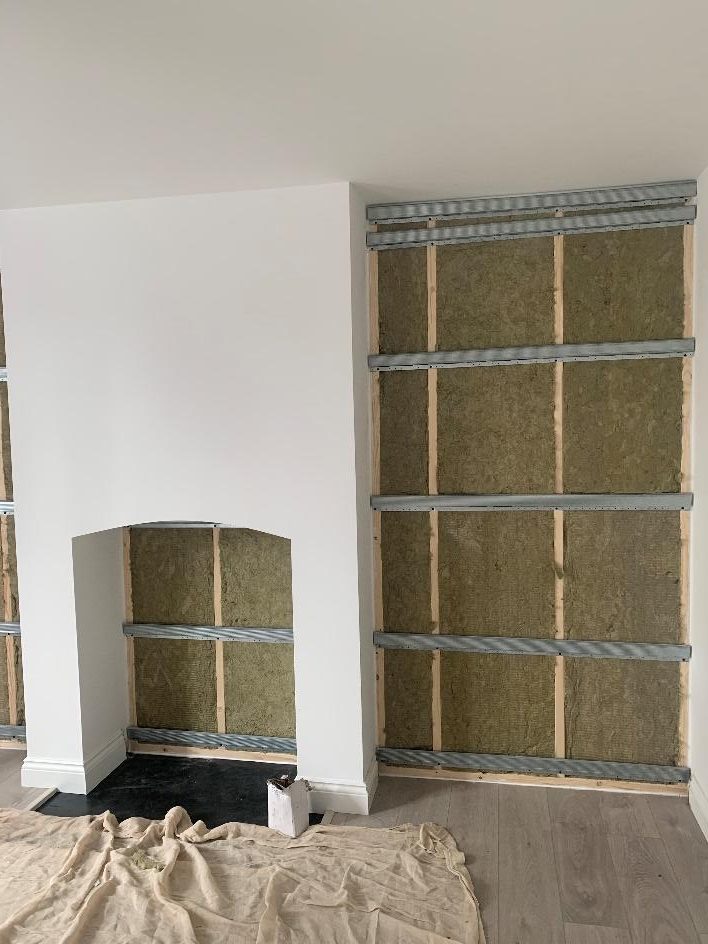 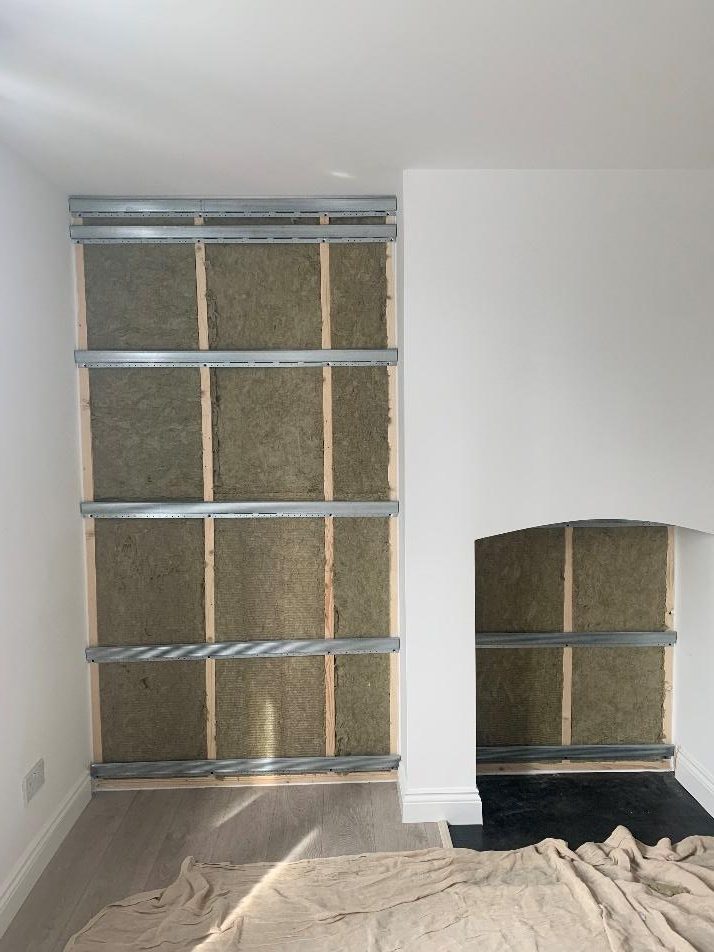 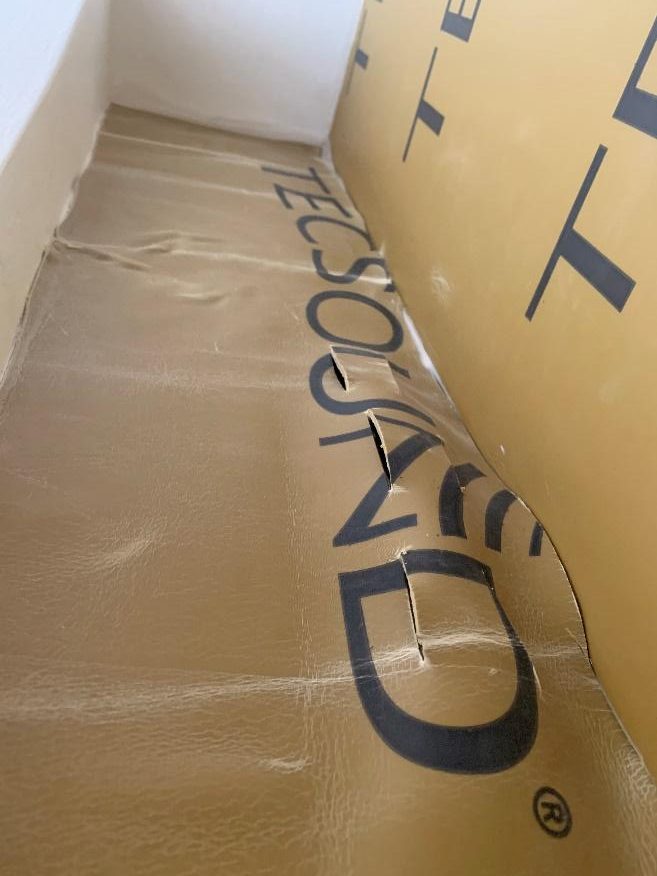